This pioneering report by Outright International provides a global snapshot of what is known about “conversion therapy” around the world, including who is most vulnerable, what factors lead LGBTIQ people to choose or to be subjected to these harmful practices, what are the main forms of “conversion therapy,” and who are the main perpetrators.

This report draws on data from an extensive literature review, the first-ever global survey on the topic, and in-depth interviews with experts and survivors from various countries.

In most countries around the world, discrimination, violence, and oppression based on sexual orientation, gender identity and expression and sex characteristics persist within families, faith communities, and societies at large.

A manifestation of this ongoing rejection is that LGBTIQ people are considered disordered and therefore in need of “cure,” “repair,” or counseling to regain their presumed heterosexual, cisgender identities. The term “conversion therapy” is most widely used to describe this process of cis-gender, heteronormative indoctrination— that is, attempting to change, suppress, or divert one’s sexual orientation, gender identity or gender expression. The term, however, suggests that treatment is needed for a disorder and that people can be converted to cisgender heterosexuality through such “treatment.” Neither is true.

Although the practice of so-called “conversion therapy” has been well-documented over the last five decades in North America and Australia, prior to this no study has been undertaken to characterize the nature and extent of these damaging, degrading practices globally. 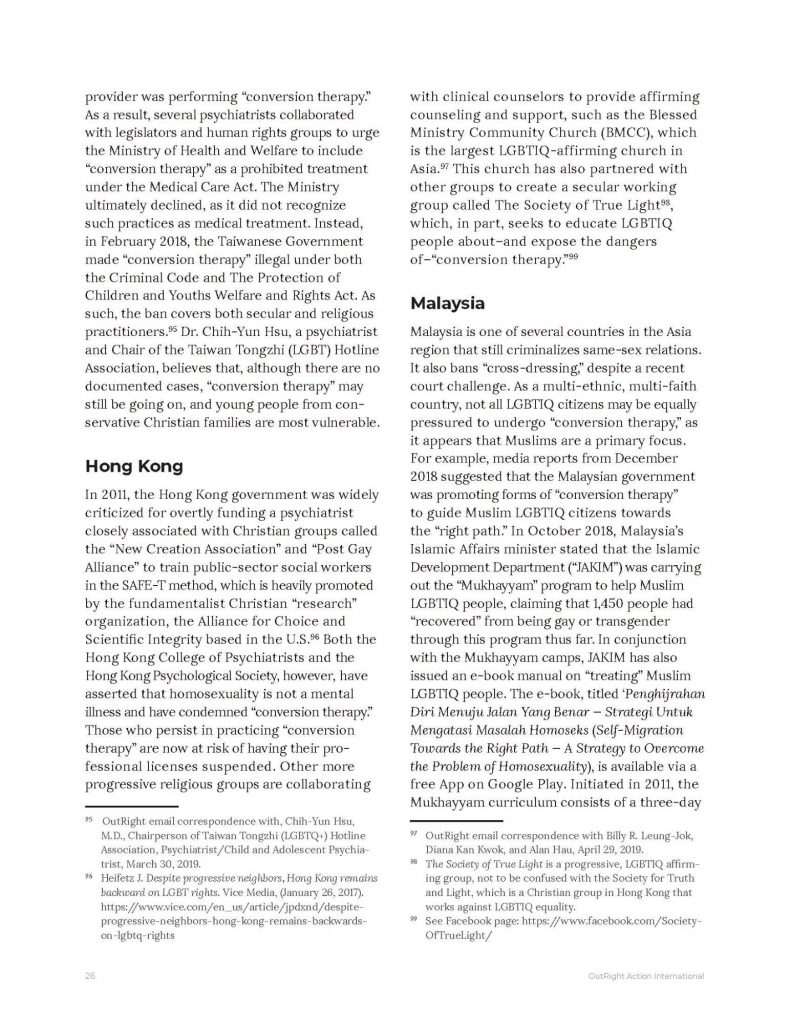